After feeling unusually tired and super low in energy for a few months, I went for a check-up at my GP surgery. More than just feeling over-worked, my muscles were fatigued and I was needing more sleep than usual. After a blood test we found I had low levels of iron stores.

Iron is actually a very tricky mineral to absorb, with many people eating iron-rich foods but still finding that they're iron-deficient (me!). So while my iron intake is just dandy, my body struggles to actually absorb the stuff. For me, that means eating plenty of beef dishes, along with Vitamin-C rich foods to aid absorption.

Why Popeye Got it Wrong

Iron is found in food in two forms, haem and non-haem iron.

While you may be under the illusion that you can get loads of iron from spinach (like Popeye!), much of the iron is not bioavailable to the body.

So what should you look out for?

If you lack energy, you may be low on this essential mineral. I previously put it down to a busy lifestyle, but it’s advisable to see your doc if you suffer from any of the following symptoms:

• Tiredness (even after rest)

Are you at risk?

• Are pregnant or breastfeeding 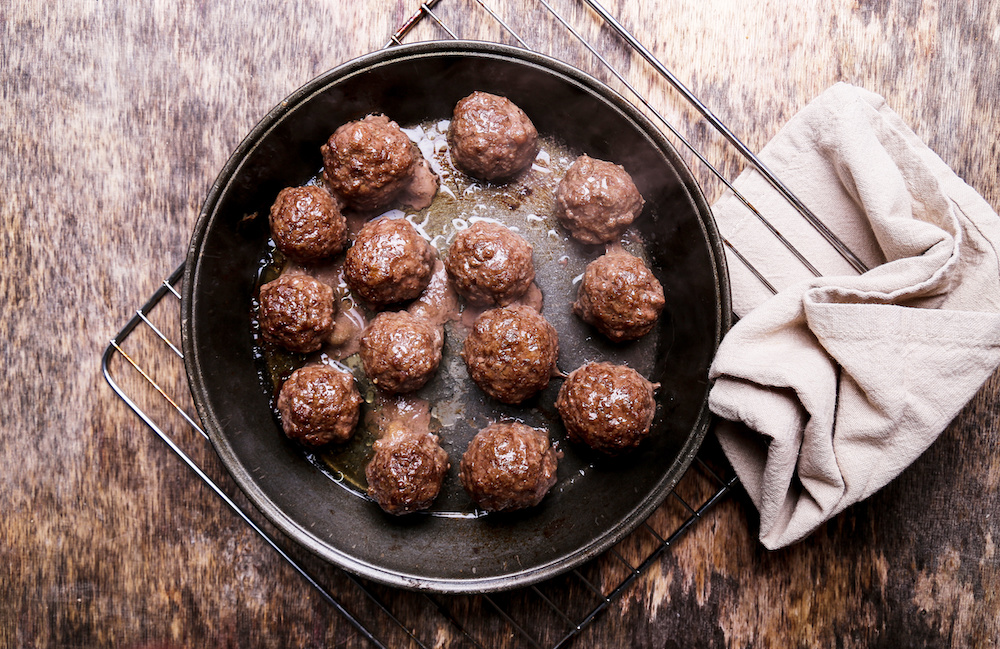 PRACTICAL TIPS TO ENSURE YOU GET ENOUGH IRON

Instead of relying on supplements, getting your iron naturally from iron rich foods is a preventative (and much healthier) solution.

As I’m all-too familiar, not all iron-rich foods are created equal. Spinach and dark greens are often touted as a rich source of iron. However, for the body to absorb the same amount of iron as from 130g of cooked beef, you’d have to eat 7 cups of spinach. Pretty testing, even by my palate!

The iron in red meat is the most easily absorbed by the body. If you can eat red meat, it’s interesting to know that beef contains double the iron than in pork, and four times the iron than in chicken.

There is a misconception that red meat is fattening or hard to digest – but beef is actually the most nutrient-rich protein source of all popular proteins. It holds 13 essential nutrients and has less than 4% saturated fat when trimmed (earning it the Heart Foundation tick of approval). The Australian Dietary Guidelines recommend eating 130g of cooked red meat such as beef) 3 to 4 times a week.

1 in 3 women don't get enough iron! Take on the day with this Lean Beef Stroganoff.

Remember, your body needs all the essential vitamins and minerals to keep functioning at it’s best so that you can be ready to tackle what life throws at you.

HEALTHY HANGOUTS: 5 MINUTES WITH BROOKE MEREDITH FROM A CONSCIOUS COLLECTION