If you’re a healthy foodie and you don’t know who Ella Woodward is, you’ve probably been out meditating at a yogi retreat in the wilderness for the past year or so and missed the whole Deliciously Ella scoop. In a few brief sentences – Ella is one of the present darlings of the European health and wellness scene. She shot to fame after starting a blog, Deliciously Ella, documenting her plant-based recipes and health tips as she recovered from a rare chronic illness, POTS (postural onset tachycardia syndrome).

If you have been keeping your fingers on the plant-based pulse, you may already know Ella’s recently opened her very first deli in West London, The Mae Deli, in partnership with her soon-to-be-husband, Matthew Mills. With Ella’s enormous social media following, it’s probably no wonder the deli has been incredibly popular since it opened a few months ago. So, what’s it like?

Let’s start with the locale. The Mae Deli sits on a peaceful pretty street close to the edge of Hyde Park, an idyllic place for a healthy cafe. Walk through the blue façade and you’re welcomed into a cozy-countertop and high-stools-and-benches space; it’s fairly narrow inside but this is Central London, where space is at a premium! Thankfully for those of us with time to sit, there’s also some seating downstairs where you can chill a little more. 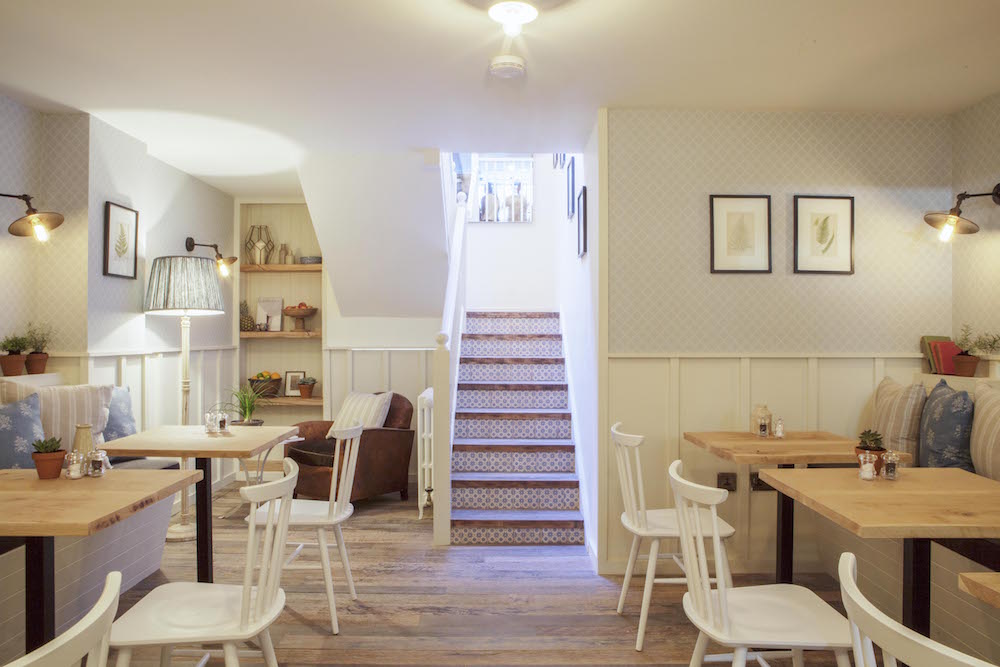 More importantly, let’s move on to the food. The deli operates a breakfast and a lunch/evening menu, both of which have a bit of a “create your own” kind of theme (a concept that I love, because I always want a bit of everything):

All day long, the dishes can be paired with freshly made smoothies, cold pressed juices (on my visit I had the Deep Greens juice, which I really liked) and tea or coffee. For a sweet fix there are a selection of Ella’s creations available such as pecan brownies, mango flapjacks and cacao energy balls.

I visited The Mae Deli on a weekend morning for a quick brekky. Though we arrived quite early there was already a hum of busyness to the place, and the inside of the window was fogging up with the warmth of all the people inside already guzzling on lattes and porridge bowls. Service is relatively fast as you order at the counter, though I’d definitely recommend nabbing a spot to sit before you do. As an added bonus – if you get healthy foodie star-struck – you might meet Ella there! (She served me my juices and bliss ball; I was chuffed and also admired that she was in there with the rest of her team manning the counter.)

Ella has copped a bit of flack since opening the deli, as though it is a predominantly vegan-friendly menu, the salad bar offers animal protein options. She has explained that, since this deli is a partnership with Matt, the menu reflects their combined preferences. I think The Mae Deli is respectful of different eating habits; and it is overwhelmingly plant-based. To be honest, I wouldn’t be opposed to the deli expanding its protein options a little further to include some ethically-sourced eggs at breakfast. Having options like this draws in more people and encourages them to experiment with the healthy plant food The Mae Deli has on offer.

The verdict? The Mae Deli is hip, pretty and predominantly powered by plants. If you’re looking for a replenishing juice, warming porridge bowl or a sensationally veggie-inspired lunch, then this is the place for you. Enjoy your favourite brekky or lunch bowl with all the healthy trimmings, then grab a juice and a bliss ball for a stroll around nearby Hyde Park afterwards. Bliss! 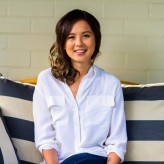 Monique is a trainee nutritionist (and lawyer by day) who is currently completing a bachelor's degree in Health Science (Nutritional Medicine). Originally from Sydney but currently based in London, Monique is passionate about encouraging everyone to eat and enjoy simple, natural whole foods which leave you feeling energised and nourished. She publishes healthy recipes and blogs nutrition tips on her website nourisheveryday.com.

How to sneak super foods into your children’s meals!

The Healthy Food Delivery Service that keeps your nutrition goals on track!